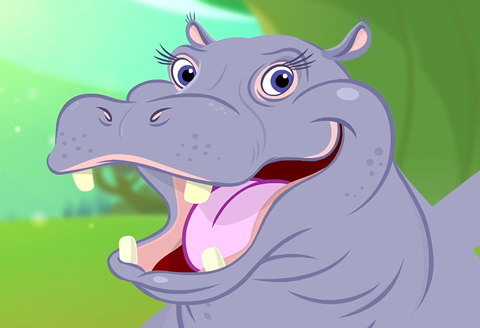 Made with EDAP Tools: Animal Alphabet Animal Alphabet is an animated series for young children. The title sequence (as well as many of the episodes) are animated in Flash CS6, powered by EDAP Tools - the tools of the animation professional. 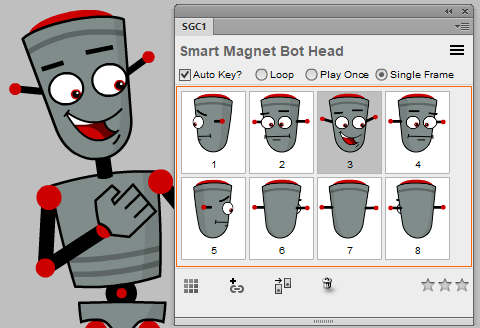 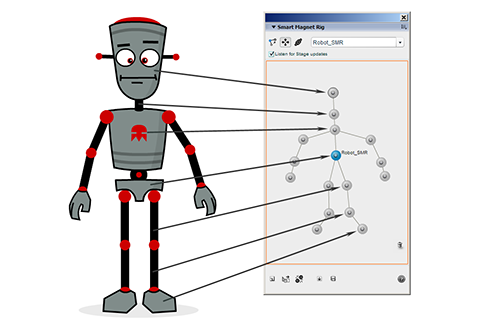 Symbol Palette Control Create multiple color palettes associated with a Symbol and then switch between these palettes, recoloring all nested elements. 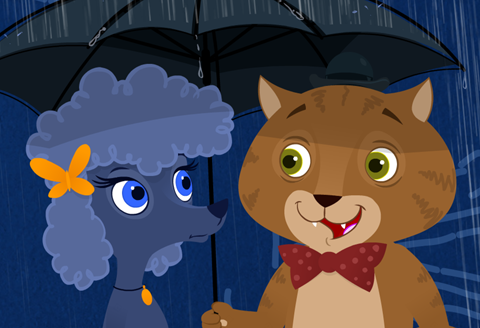 Made with EDAP Tools: Le Carousel This song is a part of the French course of Languages Online App. All work was done in Flash CS6, enhanced by EDAP Tools - the tools of the professional animator. 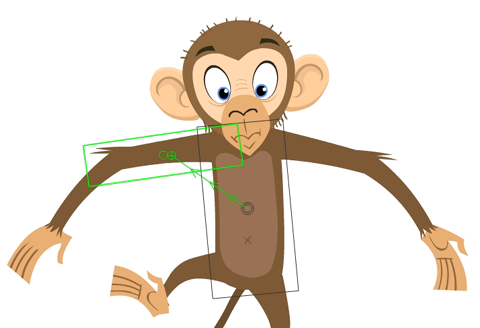 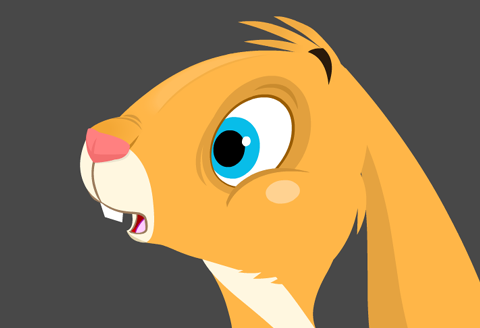 Adobe Flash, which drastically improves comfort and precision of the program when used as environment for creating character animation.

SMR brings pleasure to animating and makes Flash and Animate relevant again in the third decade of 21-st century.
It is all that Flash animators of the late 90s and early 2000s dreamed of and asked for, but never received from Macromedia or Adobe.

We first introduced Smart Magnet Rigs in 2013 and since then countless studios and individual animators around the world have adopted this ground-breaking approach to flexibility, efficiency and control.

Smart Magnet Rigs are unmatched in the current Flash or Animate landscape and light years ahead of Adobe's own attempts at hierarchical layers or IK.

Coming up next: Professional-grade Inverse Kinematics

Our next release (EDAPТ v.6) will not only be an important step in the evolution of the Smart Magnet Rig system,

but also a huge milestone in the history of Flash Animation.
After multiple failed attempts at IK by others over the years (the most notorious being Adobe's own implementation of bones), the Electric Dog team has developed a fully-fledged, flexible and polished IK system.

For the first time all Flash and Animate users will be able to enjoy the benefits of easy, fast and functional IK posing.

SMR IK is an extension to the existing SMR FK system and both Forward and Inverse Kinematics are available at all times, allowing the animator to block out and refine the poses, using the whole arsenal of tools without the need to switch between FK and IK modes.

SMR IK was designed and developed from the ground up with the needs of the animation professional in mind.

It integrates seamlessly with SMR FK. No additional work needs to be done on existing SM Rigs to start enjoying all the benefits that Inverse Kinematics brings.

KineFlex is now also a SM Rigging tool, which allows quick FreeStyle rigging of any number of Symbol instances without any preparation. Magnet Targets and Center Markers are automatically added when needed.

Automatically create a Smart Magnet Rig. Symbols have to be prepared in the same way as for manual rigging.

Interactive panel which allows users to create multiple color palettes associated with a Symbol and then switch between these palettes.
Color palettes can be copied (cloned), modified with color effects, reorganized, saved as files or loaded from a saved file.

Swaps the currently selected Symbol instance with the next or previous Symbol in the Library. Works within the confinement of a Library Folder and always goes through the list in alphabetical order.

Redefines the parent-child hierarchy in a Smart Magnet Rig by re-assigning Master Parent status to the currently selected Symbol instance and inverting some hierarchical chains when necessary.

Creates a complete 'deep copy' / 'clone' of a symbol. All nested symbols are also duplicated. The container and all its content become completely independent of the original.

An extremely powerful tool which allows precise quick posing, utilizing the available hierarchical structure of a Smart Magnet Rig.
KineFlex appears in the tools palette next to or below Free Transform (Q) tool.

Interactive panel which allows users to create Thumbnails for each frame of the content of a Graphic Symbol and then to control the 'looping' setting and 'first frame' for a particular Symbol Instance, by clicking on the desired thumbnail.

Creates a zigzag ‘stagger’ custom ease graph between two keys in a Classic tween. Positions anchor points precisely at frames and offers a choice of several presets, which can later be tweaked by the animators to better suit their needs.

Finds and replaces stroke properties across all shapes in the current document. Allows to process Thickness, Color, Alpha and Style separately or in any combination.

Converts a selected block of frames to a Symbol, preserving its relative position and layer structure.

'Cleans up' broken arcs in Classic Tweens, by auto-keying every frame and snapping elements to their Magnet Targets (MT). Suggested use: When we need to quickly and efficiently clean up a limb, broken during rotation.

Nests a block of frames inside a Graphic Symbol container (to preserve it) and then converts it to a sequence of single frame Movie Clips. Suggested use: The only way to apply a filter to animation, but also keep it 'exportable' is to convert each frame to a Movie Clip.

Tweens the values of Filters and Color Effects between any number of frames in a frame-by-frame sequence, created by Frames To Movieclips. First and last key in the selection must have Filters and/or Effects applied to them.

Smart Transform only works when rigs have been build using Magnet Targets and hierarchies have been established via Smart Magnet Rig panel.
Smart Transform allows chain selection of elements for transformation based on forward or inverse model.

Allows adding sequential numbering to the names of Library items as well as basing those names on the names of containing folders. Suggested use: To quickly and easily enumerate (rename) multiple Library items.

Tog­gles out­line mode or guides (hides) the selected layer(s). Suggested use: For quick access to outline mode from the keyboard when needed.

Loops through a selection of predefined customizable high-contrast layer colors for outline mode. Suggested use: Eliminates the problem of the default low-contrast randomly generated layer outline colors. Better suited for…

Synchronizes selected keyframes to the frame number of the current Timeline. Suggested use: When syncing of internal and external Timelines is required and the default Flash sync feature doesn’t work. This usually happens if Symbols…

Creates two types of invisible objects (and layers for them), necessary for the functioning of Smart Magnet Joint and Smart Transform.

Interactive panel through which users are able to visually establish the hierarchical structures for the Smart Magnet Builds and link Symbols in parent-children relationships.