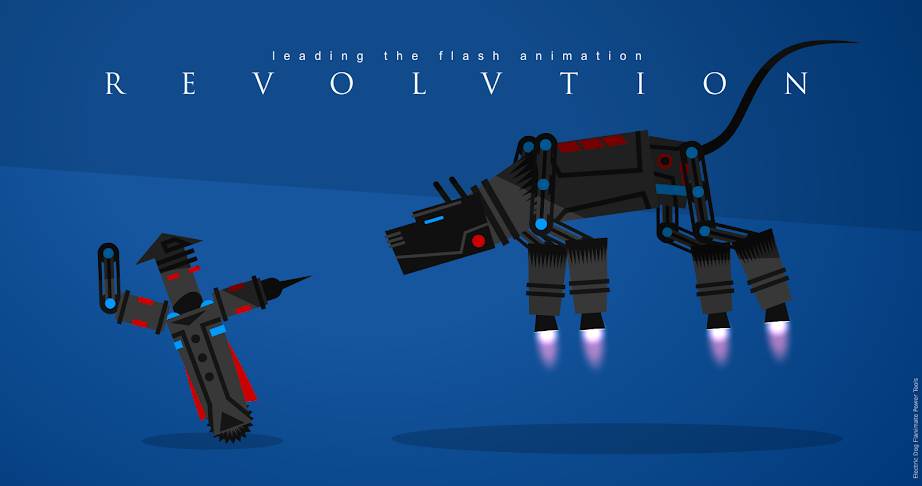 This year marks the tenth anniversary of our first public release in 2011 – EDAP Tools v.0.9.8.0.
It has been a long and exciting journey.

Very early on we made some important discoveries which led to the invention of Smart Magnet Rigs – our revolutionary rigging and posing system, introduced in 2013.

Since then we have been developing SMR with a clear vision and only one goal: to provide the best possible rigging and posing tools to all Flash / Animate users, which will help them produce higher quality digital cutout animation.

We love Flash and we thought that the platform had so many great things about it, and regardless of the terrible mismanagement in recent years, it could be pushed into the 21st century and once again elevated to a viable tool for the production of broadcast-quality cartoons.

We are a very small team of two – Vlad and Nick.
Flanimate Power Tools is an overgrown hobby project of two guys, who dared to think that they have the ideas and the abilities to make an impact on the world of 2D animation by providing the best possible tools, share their knowledge and contribute to establishing a theoretical framework which would give digital cutouts the confidence to claim the status or an art form; a status they rightfully deserve.
For 10 years we have been investing all our spare time to develop, teach and lead by example.
For 10 years we have been trail-blazing uncharted territory and pushing the boundaries.

The first 5 years went fairly smoothly and we were entirely focused on designing, developing and polishing our tools. Changes in Flash were incremental, welcome and non-destructive.

With the shift to a subscription-based model Adobe took a different approach to the development of Animate. With frequent updates and no ownership by the end users, none of these releases is a final product. Animate is in a state of perpetual work-in-progress, much less stable, with many new bugs and prone to all kinds of regressions. Each new release of Animate can break any number of extensions.

This instability has been the status quo for about 5-6 years now. Most other developers of extensions just gave up as they could not find the motivation to constantly patch their code every few months to make it work in the next broken version of Animate.
But we persisted.
We developed our own install script to be independent of the constantly changing, and finally abandoned, Extensions Manager.
We found countless workarounds and kept patching and adding special rules to circumvent every regression and broken function, specific to each new version of Animate, while at the same time bringing unthinkable new features to Flash 8 and all CS.

This project has outgrown our wildest dreams and expectations, and we have ideas, concepts and prototypes to keep developing for years and years to come.

During the Flash CS era, extensions used to work flawlessly and we never worried that a new Flash version could break our tools. We were excited and loved the progress of Flash until Flash Pro CS6, which we still consider to be the best Flash to date.
After the name change Animate settled into a state of an on-going perpetual beta. Each subsequent release of Animate broke one or more EDAPT features. This made us realize that we cannot guarantee anything to users, who update Animate frequently. As developers of plugins we are exposed to all kinds of problems, introduced by updates of the host application. They are completely beyond our control.

This did not discourage us, but gave us a more realistic view of our own position.

So we have to clearly state this:
The only promise we can make is that we are doing our best to support as wide range of Flash and Animate versions as possible in the best possible way. There is no guarantee that EDAP Tools will work with your combination of OS and Flash / Animate. The only way to know will be to try.

If all works well, always update Animate with caution!
If you rely on our plugins, never install a new version of Animate over the existing one which works.

We do our best to fix bugs and release patches for new versions of Animate, but there is never a guarantee that this will always be possible.

It took us years of hard work and inventiveness to design and develop a sturdy professional-grade IK system for Flash Animation.

SMR IK elevates Flash and Animate and makes them comparable to ToonBoom in the production of digital cutout animation.

We consider that such a powerful functionality boost will mostly be used by professionals in commercial (for profit) projects. For far inferior tools the corporations charge their subscribers substantial fees.

We consider it fair to get some returns for our time, skills, hard work and persistence to develop a revolutionary tool set.

Plans for the Standard free version of EDAP Tools

This year we have added many new features and countless UX improvements to the Standard free version of EDAPT v.6.

We will never remove functionality from the Standard free version.
It is important to understand that the Standard and Premium versions are parts of the same project and the premium features only add highly-specialized functionality, needed by professional users, working on commercial projects.

We will keep supporting and developing the Standard free version of EDAP Tools in the future, while at the same time working on and releasing highly-specialized tools as premium features.

The free and premium versions are inseparable, and the free version will always be free.

Why are we doing what we are doing?

Because we want, and because we can.

Thank you and welcome!

A big thank you to our long-term users for the on-going support, ideas and encouragement over the years!

A warm welcome to all new users who have just started to discover the wonderful world of Flanimate Power Tools!

We are stepping into the second decade of this project full of ideas and more motivated than ever to continue leading the Flash Animation Revolution.

"Because we want, and because we can."
Coooooooool!!

I'm not a native English speaker, so what's the official name of your tools set?