One of the many wonderful visual aspects of the Golden Age cartoons is the use of dry brush. 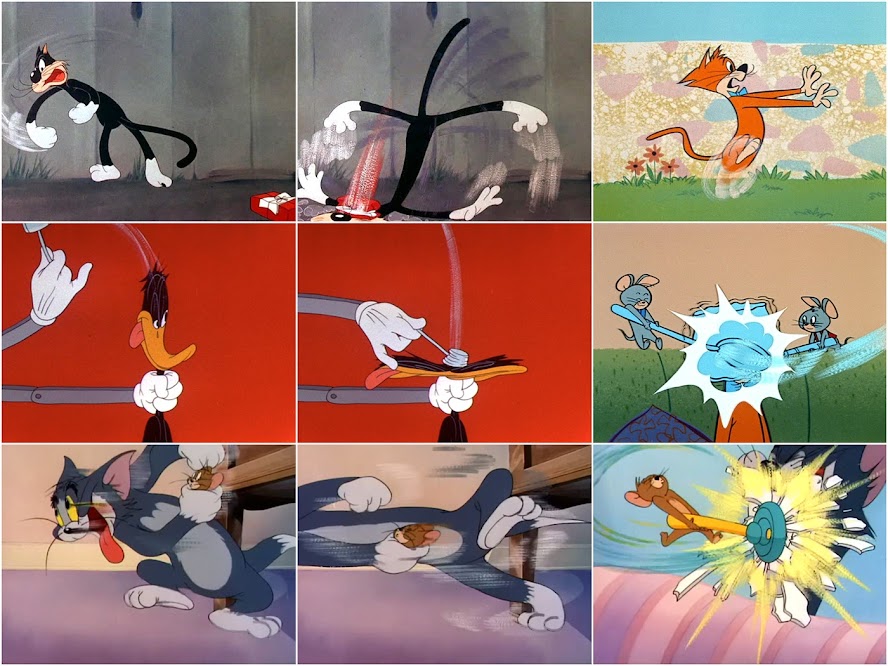 Instead of dry brush smear computers gave us motion blur. In combination with sharp vector drawings it looks terrible.

To get a similar effect in Flash, I've tried a few different methods and the one which I think works best is to use linear gradients with varying transparency. 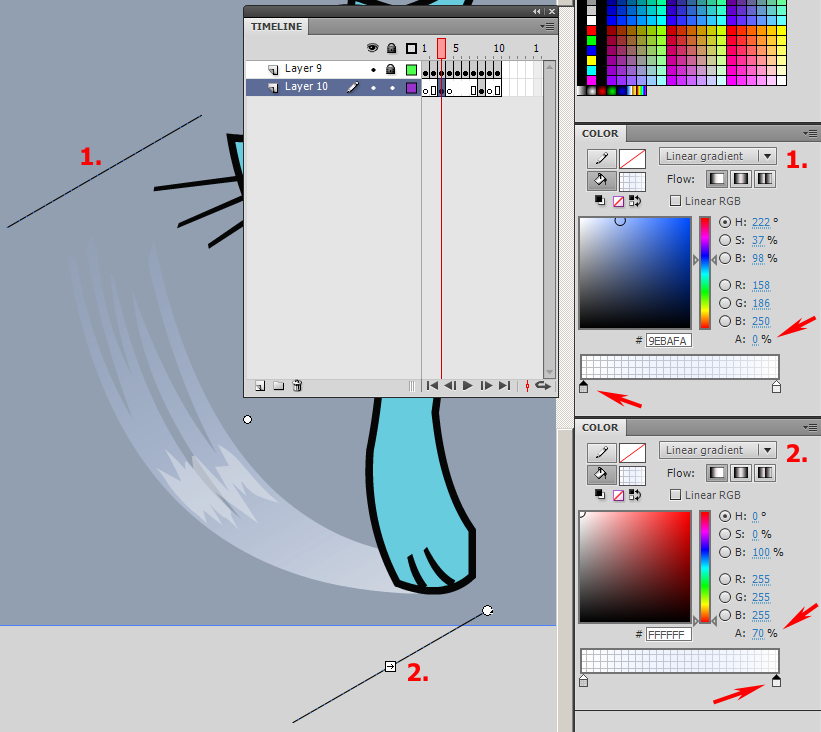 This is how the effect looks like when played back at 12.5 fps.

The gradient was applied to an arch-shaped fill and the direction and spread were adjusted using the F-tool. It is a linear gradient using only two colors; the first having 70% alpha and the second – 0%. Extra shine was added using semi-transparent white.

Below is a comparative test which, hopefully, shows how much the flow of the fast movement improves when this 'dry brush smear' method is used. This animation plays back at 25 fps.

Animating dynamic and fast movements at 12 fps requires bigger amplitudes between the individual drawings and often the body parts don't overlap from frame to frame at all. Dry brush technique greatly helps to improve the fluidity while keeping the speed of the animation high.

Can you give me this monkey character?

Here is a link to the characters that are available for download: http://flash-powertools.com/tag/free-download/