When work on the traditional character build is completed, it can be easily upgraded to a Smart Magnet Rig. The only requirement for the flawless transition to SMR is that all elements should be properly registered.
Registration must always facilitate Forward Kinematics.

Users have a choice of three rigging methods:
Read more
10

The release of EDAP Tools v.6 Premium is not only an important step in the evolution of the Smart Magnet Rig system, but also a huge milestone in the history of Flash Animation.

After multiple failed attempts at IK by others over the years (the most notorious being Adobe's own implementation of bones), the Electric Dog team has developed and delivered a fully-fledged, flexible and polished IK system.

For the first time Flash / Animate users can enjoy the benefits of easy, fast and functional IK posing. Read more
14 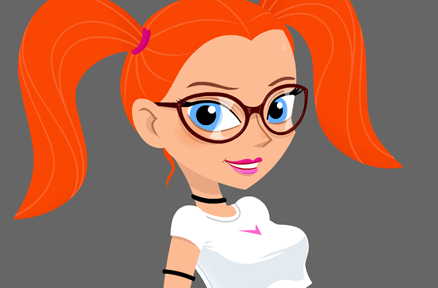 Update: 11 Sept 2021 With the release of EDAP Tools v.6.0.0 this article is now obsolete. As we have, more or less, finalized the UX and locked down the features for our next release, we thought we'd give you a bit Read more

We first introduced Smart Magnet Rigs in 2013 and since then countless studios and individual animators around the world have adopted this ground-breaking approach to flexibility, efficiency and control.

With chain selection, magnetic joints and automatic clean up of arcs, Smart Magnet Rigs are unmatched in the current Flash or Animate landscape. Read more